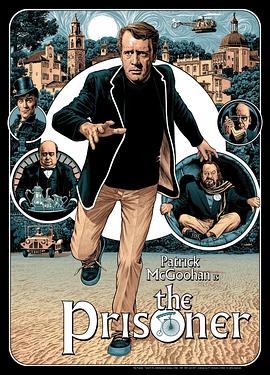 无需安装任何插件，即可快速播放
ITV六十年代之经典科幻 sonychen 注 A high-ranking but un-named Agent in the British Government resigns from his job/post and leaves for a holiday. While packing he is gassed and is taken to a beautiful but deadly prison known only as "The Village" where people are taken, given a Number to be called by and kept there for the rest of their lives if they don't tell No. 2 (the deputy head of "The Village") the information they are captured for. Escape is nearly impossible as "The Village" has amazing but deadly weapons to use if anybody tries to escape. The Agent is given the title of "No. 6" but he adopts the name of "The Prisoner". The series tells of his attempts to resist the plots of each No. 2 (who is replaced with another if an attempt on No. 6 fails) to get his information and against any attempt to disrupt the nearly peaceful running of the "The Village". The Village is determined to crack The Prisoner by attempting to get the answer to why he resigned from his job/post. As time goes on, two questions plague The Prisoner's mind - How can he escape and who is the real leader of the Village - the mysterious No. 1?. Written by Lee Horton {Leeh@tcp.co.uk}